The ST12 trace analysis will follow the below mentioned steps,

The Trace parameters can be categorized as below,

·         The Workprocess allows to select the server for which the trace is to be captured. In general all the servers will be captured when not specified.

·    The Schedule option is used to run the trace for a batch job for a varied selection criterion as Job name, User name, Program associated with the Job.

ST12 trace can be initiated as an ABAP Trace or Performance trace or both. Setting the Size&Duration Parameter to MAX as highlighted will ensure that the whole trace is captured in case the trace extends to a long duration.

Start and Collect of Trace

Let us assume that the trace is to be taken for flow associated with checking the Info type 0001 data of a user through PA20. 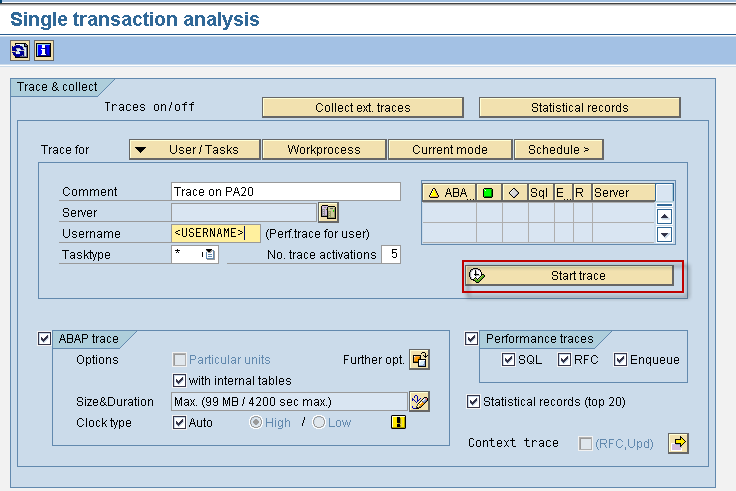 ·         Now open the transaction PA20 and give in the Person number and the Info type and select on Overview button highlighted below, 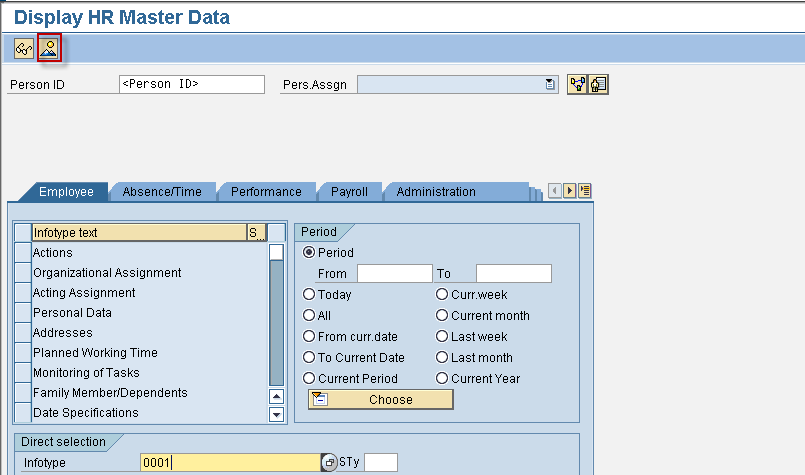 ·         Now Select End Trace in the ST12 trace screen, this will take us to the collect trace screen. Click on the execute button to collect the trace details. Make sure the highlighted check box is unchecked if the trace is to be used for future analysis. 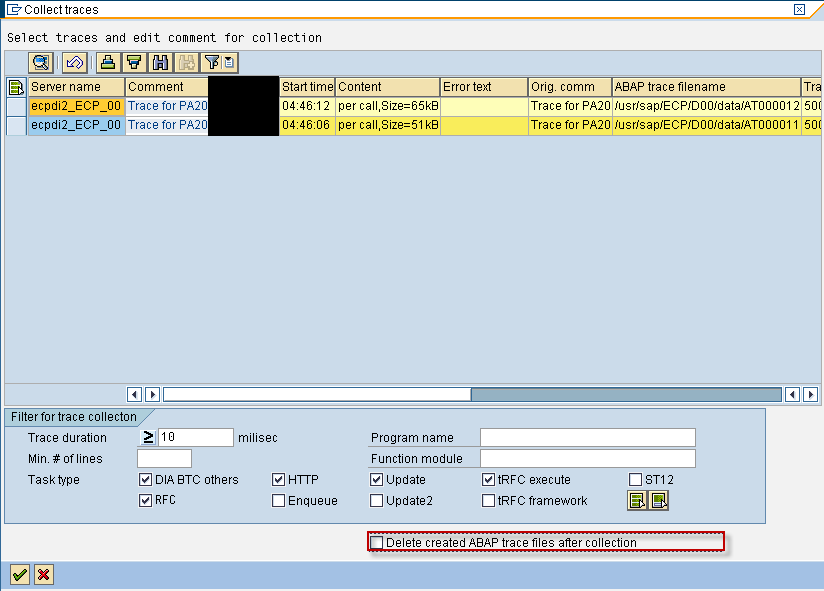 Once the trace is collected the trace is ready for analysis. In the bottom pane as highlighted, select the Trace which is of concern to us.

·         The ABAP trace is one of the most useful analysis options available in ST12 trace. It provides a Top Down flow of any Hotspot/Program/Transaction and provides a Functional Time Distribution of a flow. It displays the hierarchical order in which the call statements are executed. So it can be used to identify the issues in the flow hierarchy.

·         The above screenshot is a Per Call View of the ST12 trace. The view can be changed into a Modularized by selecting the Per Mod Unit button as highlighted above. This will give a modularized flow of the Code called inside a particular module. 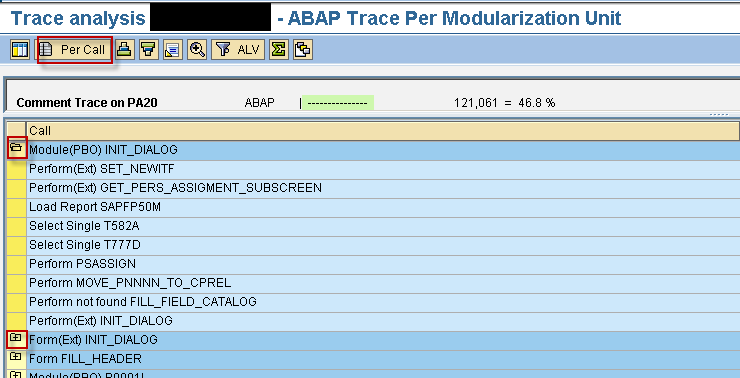 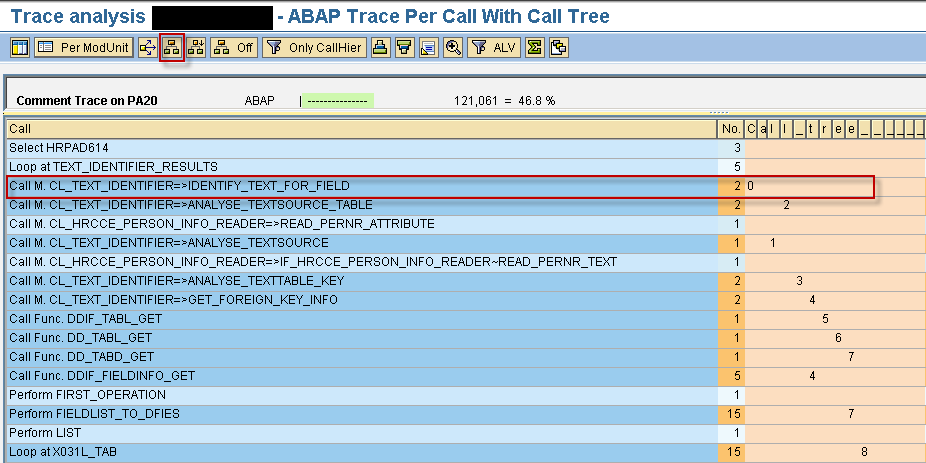 ·         Double clicking on any of the line navigates us to the source code. This can be used to identify the impact point.

·         ST12 trace captures the minute details of the flow such as the Loop statements performance, which can be used for a detailed analysis of the flow.

·         As the ABAP trace captures the complete flow, this can be used as an effective tool to identify the Customer Modifications or User Exit.

Comparison of ST12 with ST05 trace

Performance trace of ST12 is equivalent to the ST05 trace. It displays performance parameters of all the database statements executed in the flow.

SQL summary provides the details like Execution time, No. of records selected, Total duration, server details, etc. on a query on a database table. Double clicking on any record takes the flow to a screen which displays the list of programs which has queried on the table and the SELECT query as such.

The statistical records display the time related parameter of a particular transaction flow.